Menu
$0.00 Cart
Took care of my issue getting lab work and medication at a great price.

Read More
James Coley
Highly recommend her services to anyone both local or visiting the area.

Read More
Michael Reinert
The office is very spa zen like, comfy and relaxing.

Read More
Ray D. 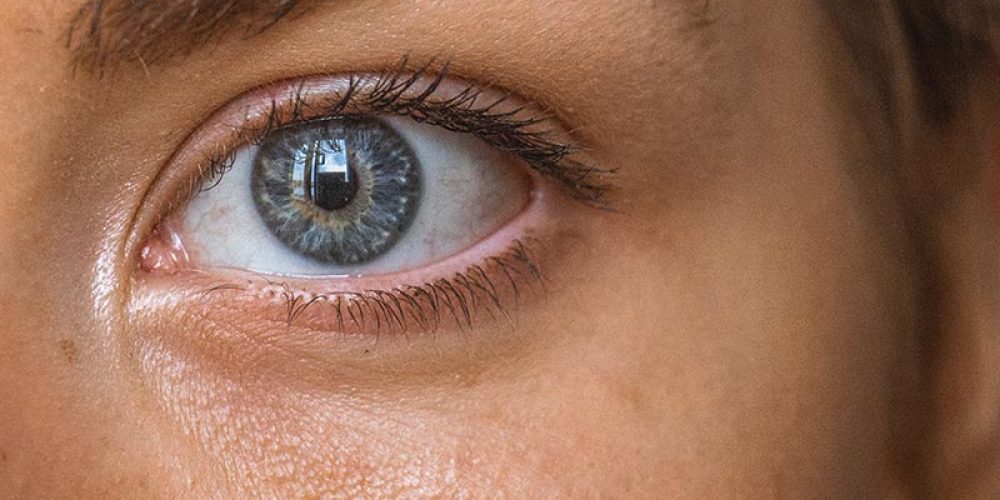 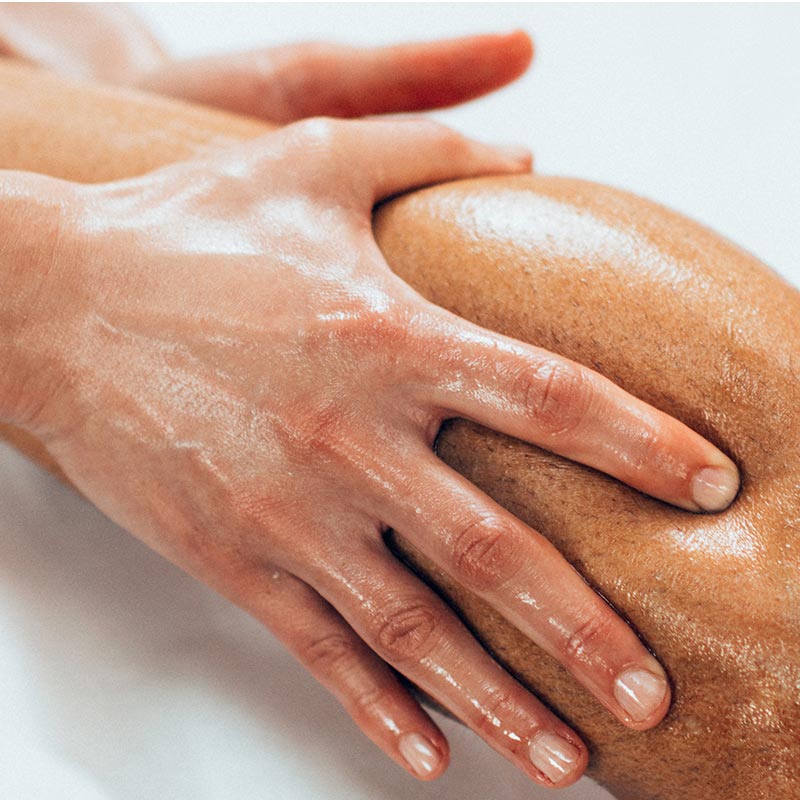 As a leading authority on Wrinkle Reducers & Dermal Fillers, Dr. Jenn has the solution to your anti aging needs.

“I had never received micro needling on my face before. Zaq did a great job of explaining the procedure. During the microneedling, they made me feel comfortable and at ease. I love the results- my face feels soft and glows! I will definitely be keeping this in my skin regime; thank you MedClub!”
Rebekah Bicksler
"Just left Dr.Jenn what a great experience. She was so knowledgeable and helpful. It was so refreshing. The office was a stress free environment and you are taken care of from the moment you walk in to the moment you leave. They are doing everything right in this place. I will be referring everyone I know to her. Dr. Jenn and her staff take the time to explain everything to you and don’t rush you out of the office. "
Carlos Cassano
“Cant say enough great things about this physician, she does concierge medicine, cosmetic medicine, men's health, and stem cell therapy. She is highly knowledgable and has the best bedside manner. She is our primary care doctor as well as our go-to for cosmetic medicine and IV's.”
Materia Laboratories
Previous
Next

Everything To Satisfy All Your Aesthetic Needs.

As people age, the probability of maintaining attractive and young skin becomes challenging due to natural factors to the body. In such instances, people find themselves with rough or saggy skin while others have wrinkles all over their faces. Despite this, the truth is that everyone would love to have supple skin regardless of their age. This is where Botox West Palm Beach beauty and aesthetics clinics and Med Spa West Palm Beach Botox come into play.

MedClub by Dr. Jenn is a concierge body health center in Palm Beach, FL with excellent solutions for all your beauty and other aesthetic needs like wrinkle reduction. The center is highly regarded by clients throughout Palm Beach Gardens, Wellington, Palm Beach Island & the entire county for its wide range of aesthetic services, from hair restoration, injectables to skin rejuvenation, vampire facials & much more. As a leading authority on wrinkle freezing treatment, Dr. Jenn has the solution to your beauty needs.

Clients seeking the best wrinkle elimination & other beauty treatments are attracted to MedClub by Dr. Jenn because of the center’s innovative, yet discreet, concierge approach. Dr. Jenn has now expanded her Palm Beach Gardens medical spa services to include both office & premium house call services. Get the best MedSpa experience without having to schedule a clinic visit.

We provide a wide range of health services specifically targeting men. These include functional male health treatment, anti-aging therapy, extreme sports injuries treatment and care, and testosterone replacement therapy just to mention a few. Contact us today to find out how we can help you overcome your unique men’s health problem. Our expert physicians provide private concierge men’s health services in the comforts of our local office. Our goal is to provide full undivided attention to our clients’ needs in the most comfortable way.

We provide safe and effective P-R-P treatments for women who suffer from a variety of sexually related symptoms. Decreased arousal and unfulfilled sexual enjoyment is a common condition among women today. At MedClub by Dr. Jenn, we provide P-R-P therapy which is an effective solution to women with decreased sexual sensation, and arousal. The treatment is also effective against other common issues such as incontinence, dysparnuria, and vaginal dryness. We use cutting edge science to naturally rejuvenate the intimate areas and increase sensitivity for optimal responsiveness and pleasure.

MedClub By Dr.Jenn’s in West Palm Beach plays a vital role in promoting healthy living to all, which can be achieved through the implementation of our club. Through our MedClub located in West Palm Beach, there is an increased probability of gaining self-esteem and self-respect. This, on the other hand, allows people to identify their strengths and weaknesses, thus incorporating more input towards achieving their West Palm Beach Weight Loss and Botox West Palm Beach beauty goals. 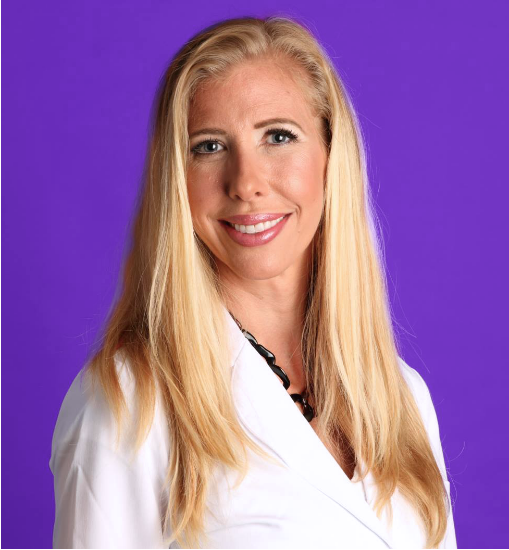 Dr. Jennifer Guthrie runs this excellent MedClub service which is renowned for its inventive approach to providing excellent Botox and other beauty treatments to clients from her clinic or the comforts of their homes. Dr. Jenn is a physician and an authority on volume loss and wrinkle treatments. She is committed to giving her clients a unique patient-oriented style of beauty care throughout Palm Beach and its environs.

As a professional physician and hormone specialist in Palm Beach, Dr. Jenn holds membership to a number of leading medical societies. Her research work in different medical fields has been published in a number of medical journals and other publications. Dr. Jenn is also recognized by many West Palm clients as one of the few Botox specialists in the region who values the welfare of her clients.

Botox is a common term that is frequently used in the beauty industry. However, even though it is a common term, it is usually misinterpreted by many people. From a layman’s language perspective, a West Palm Beach Botox procedure is a procedure where botox, a neurotoxin, is injected into a patient’s body, with the main target being the nervous system. When injected, this neurotoxin disrupts the nervous system and the nerves mandated with stimulating muscle contraction. This disruption prevents the skin from aging at the same pace it could have aged without the antitoxin. This means that wrinkles are minimized, and if the person had wrinkles, the wrinkles are reduced.

For example, when the Dysport botulinum toxin is used, more toxins are used in comparison to the use of Xeomin, which only requires a single shot unit to oversee the entire process. Additionally, some people may experience longer results than others when one brand is used over the other. Therefore, it is vital for an individual in search of a West Palm Beach Botox procedure to have a clear understanding of the three antitoxins before taking the ultimate action of undergoing a botox procedure. This can be achieved by having a one-on-one discussion with a professional, such as those found at Botox West Palm Beach and at MedClub Spa West Palm Beach Clinic.

MedClub by Dr. Jenn also specializes in TRT in West Palm Beach for men who want to boost their physical appearance, & most importantly, improve their sex lives. Testosterone is a male-based hormone associated with masculinity and the overall physical attributes that make men have the physicality of being men. Through the Testosterone Therapy West Palm Beach procedure, Dr. Jenn optimizes testosterone levels, thus improving the physical aspect of the men. This boosts their confidence and promotes masculinity.

By the time these men clock 50 and beyond, their levels of testosterone are low, and this is when such men start experiencing low libido and reduced masculinity. However, this does not mean that only older men have testosterone-based problems. On the contrary, younger men in their 20’s also have such issues. Therefore, it is vital for men to undergo testosterone therapy at our Med Spa at West Palm Beach.

As earlier mentioned, Testosterone has been associated with masculinity. When these levels drop, the overall masculine aspect of a man drops as well. The good thing is that Testosterone Replacement Therapy helps improve the overall lean muscle mass. MedClub by Dr. Jenn also advises men to take part in regular exercises and incorporating a healthy exercise regimen to enhance their physical appearance. One of the most integral roles of testosterone therapy in West Palm Beach is that it restores libido and male vitality.

A man with an enhanced testosterone level is likely to have an enjoyable sex life compared to a man with low testosterone levels. Dr. Jenn ensures that you have the best sex drive by taking you through a vigorous and highly-rewarding TRT procedure. The good thing about relying on Testosterone Therapy West Palm Beach services offered by us is that you won’t be the first success story. On the contrary, MedClub by Dr. Jenn has helped countless men who thought they had reached the end of their sex life.

Undergoing Testosterone Replacement Therapies at West Palm Beach MedClub by Dr. Jenn has a lot of advantages. For starters, it has been established that a testosterone therapy procedure enhances better cognition while improving the memory of the individual. Additionally, TRT has been associated with reduced incidences of developing Alzheimer’s disease associated with cognitive defects. Another advantage of undergoing Testosterone Therapy Programs is based on the doctrine that such procedures improve cardiovascular health.

This has been attributed to the fact that the procedure aids the production of red blood cells, which means that there is increased blood in the patient’s body, thus minimizing the probability of suffering a stroke or a heart attack. Research has also indicated that men with higher testosterone levels were less likely to have a stroke and a heart attack.

Different people have different weight loss experiences, an essential aspect that our Weight Loss Clinic in West Palm Beach acknowledge. Therefore, Weight Loss Clinic West Palm Beach clinics usually set goals that the patients can use to achieve their weight loss journey. Calculating calories and reducing the overall intake of calories is another approach that has been taken. By identifying one’s calories intake, it is easier for us to establish the preferred intake of food while at the same time, reduce on food products that increase calories, leading to weight gain.

Each Body Is Different

Many people with weight-related issues have always tried their best to shed those extra pounds to no avail. Some have gone to the extent of avoiding certain foods while maintaining a healthy and balanced diet. Unfortunately, even though some have been successful through Weight Loss Clinic West Palm Beach, others have not due to each individuals dedications. The good news is that there are various Weight Loss Clinic West Palm beach whose main roles have been to assist people with weight-related issues.

Our professional weight loss team will assist you to build a healthy weight loss program for all our patients.

MedClub Is The Club For You 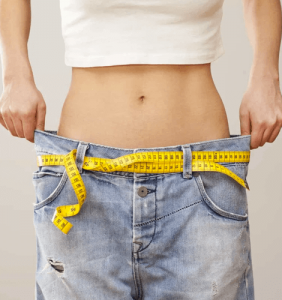 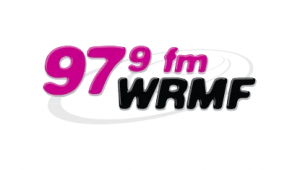 Check out our friend Producer Dennys of the KVJ Show on 97.9WRMF discuss THC and CBD Read More » 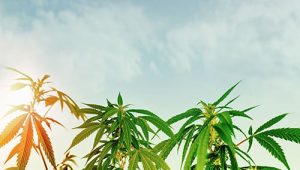 Use our Fullscript link for special access, trusted brands, and deals!